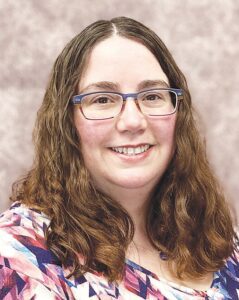 FLINT TWP. — The Genesee District Library (GDL) has named Sally-Adrina Taylor as the new librarian at the Flint Township-McCarty Library.

Taylor previously worked as librarian at the Beecher-Vera B. Rison branch, and as a library associate at the Rapid City Public Library in Rapid City, SD.

As the Flint Township-McCarty librarian, Taylor plans to continue the work of the previous librarian and create a special elder care section featuring GDL’s Memory Kits. Memory Kits are available for checkout to assist people dealing with memory issues.

According to Taylor, one of the biggest challenges facing libraries is the digital divide. “Hopefully in the future that will be less of an issue with the expansion of cheaper fast speed internet for more people,” she said. “Until then, libraries will continue to provide computers, internet access, and wi-fi to our patrons.”

Taylor says that the role of the public library is to provide a safe space to find information and resources as diverse and culturally expansive as the communities we live in.

According to Taylor, the most important thing that libraries offer to patrons is free access to digital resources that people can use anywhere.

“You can get magazines, scholarly articles, eBooks, audiobooks, and digital movies,” she said.

Taylor holds a Bachelor of Science degree from Central Michigan University in Child Development with a minor is Youth Studies- Sociology and a Master of Library and Information Science from the University of Louisiana in Baton Rouge, LA. — B.G.